Home » Motivation » Surround Yourself with Like-minded People
Note to Readers: This site may contain affiliate links to products and services providers such as Amazon, Involve Asia and others. We may receive a commission for purchases made through these links at no extra cost to you.

There is a hidden power in surrounding yourself with like-minded people. It’s something that I have realized later in life.  I know that it has been written by a lot of people from various countries for ages. And my family had always reminded me to choose my friends carefully, but of course, just like anyone else, it takes years of experience to fully grasp this idea fully.

Usually, when we were younger, we just hang out with whomever we like hanging out with. And that’s perfectly fine.

However, later in life, I realized that I get influenced by the people I am close with or those with who I frequently spend my time. And that’s perfectly fine too unless of course, your values and goals in life are totally opposite. 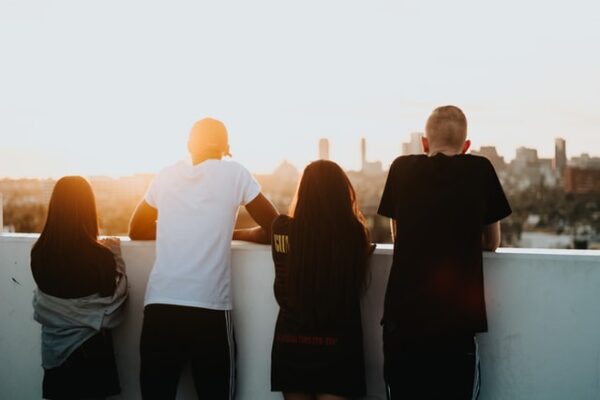 Photo by Devin Avery on Unsplash

Growing Up and Early Adult Life

“If you surround yourself with positive people who build you up, the sky is the limit. - Joel Brown Click To Tweet

Growing up, I realized that I was very lucky to have found friends that came from the same neighborhood as I was. We also attended the same schools and our circumstances in life were very similar.

And because subconsciously and consciously we were driven to improve our lives (for some reason, we’re aware of this at a young age), we finished our studies despite the fact that a lot of kids in the same age bracket in our neighborhood didn’t.

The same thing happened with the people that I met and became close to when I started working. A lot of them (not all of course) were driven to achieve their goals in life and in their respective careers.

Sure, we drank and partied a lot! However, despite the excessive partying, I noticed that we still went to work daily, finished our deliverables, and exceeded the expectations of our managers.

It’s not all rainbows and butterflies though, as I reflect now, I realized, that even if we were achieving our goals in our careers, we were also spending more than what we earned. We were partying a lot as I have mentioned above. There’s nothing wrong with partying though, as I did enjoy it a lot. However, it became excessive during that time.

Thus, even though we’re high-achievers in our careers at a young age, almost all of us were also broke.

In the past decade, because of the benefits of my past job, I was able to travel to other countries and meet a variety of people from different cultures who have a different set of beliefs and values in life.

With my interactions with them, I noticed that I started asking myself questions that I didn’t bother contemplating in the previous years.

Some of those questions include:

There were of course a ton more other questions not related to money but to keep this post relevant to the overall theme of my blog, I’ll just stay within the topic.

In the past few years, I was having an internal battle in my head just because of the new ideas that I got exposed to. It was a tiring daily event that I had to live up to for a lot of years.

It felt like something was eating me up inside. One part of me was saying that I should just stick to what I have and to what I know and follow the path that everyone has taken.

This voice was saying, “It’s safe, it’s secure and it’s easy. You don’t have to think that much and just report daily to work and live your life just like everyone else.”

The other voice in my head was saying, “Try! There’s no harm in trying. What if you tried? What if you didn’t try? Which choice will you regret the most?”

And just because of my exposure to a different idea, a different belief, a different mindset, I made a life-changing decision. I chose the path that I think I will not regret the most. 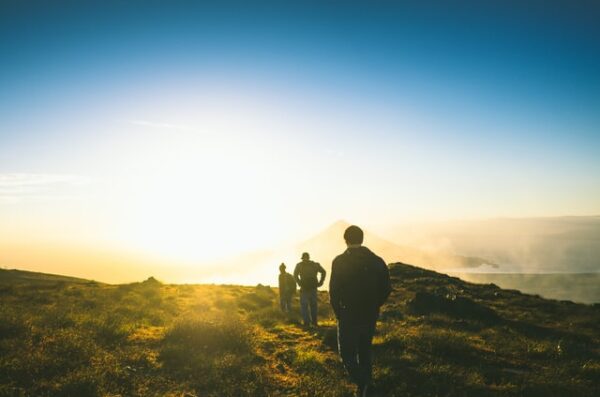 Photo by Tim Foster on Unsplash

Reasons to Surround Yourself with Like-Minded People

Based on my personal experience, even a short exposure to an idea that piqued my interest influenced me greatly and it actually leads me to choose the life of an entrepreneur.

Now, imagine what constant and consistent bombarding of positive or negative ideas from the people around you could lead your life to.

Here are some of the reasons why you have to surround yourself with like-minded people:

Helps You Achieve Your Goal

Being surrounded by people who share the same life goals as you do will actually help you achieve your goals. In my case for example, ever since I discovered the world of Personal Finance and Early Retirement, I got hooked to the idea of being financially free as early as possible.

And since I don’t personally know anyone who has that goal here (almost all people that I personally know defines retirement as the time they stop reporting to their job and receive their pension), I created this blog so I can have a medium to interact with the people that I’d like to be influenced with.

It’s been almost two years since I started this blog. In that span of time, I was able to interact with them and I’ve read their posts about their journeys, failures, and successes.

And in the process, I have learned so much that now I think it’s also possible for me to achieve Financial Independence if I work hard, make the right decisions, and of course, save and invest and generate multiple streams of income.

Helps You Stay on Track

People who share the same goal as you are very passionate about achieving theirs. And thus, just the simple interactions with them help you stay on the right track because you are constantly reminded by them (either directly or indirectly) about what you are working hard for.

Who could better support you but the people who share the same journey as you are (aside from our families and very close friends of course who love us unconditionally of course).

People with whom we share similar journeys are of course have experienced similar pains and struggles.

Thus, they have tried a variety of solutions that worked for them and you may use those strategies as a starting point in finding the solutions to your own set of struggles.

Source of Inspiration and Motivation

I do believe that motivation and inspiration should come from within but I also acknowledge the existence of external motivation.

People with whom you share similar goals, especially those who have realized and acted this on earlier in their life than you have achieved some sort of success.

They become a source of inspiration and motivation because they become proof of a concept that you have in your mind.

For example, if you are aiming to become a full-time blogger and you constantly interact with bloggers who earn a full-time income from their blogs, then you have solid proof of its possibility. 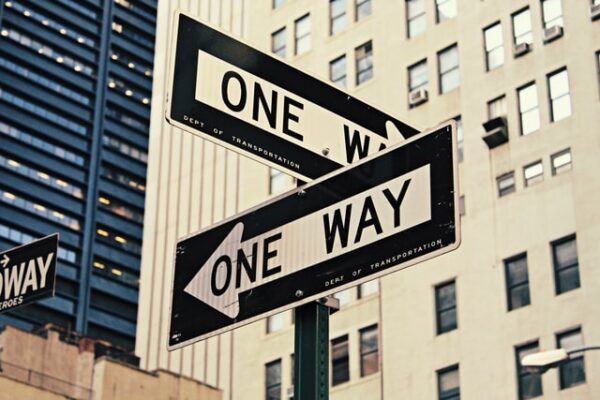 Photo by Brendan Church on Unsplash

“Energy is contagious, positive and negative alike. I will forever be mindful of what and who I am allowing into my space.” - Alex Elle Click To Tweet

As I have said earlier, life is not full of rainbows and butterflies. It’s not perfect. And so are the people that we choose to influence us, so exercise your own due diligence. He/She may be a good influence when it comes to saving money, but not a good influence in the other aspects of life such as in relationships, etc.

As the quote has mentioned, practice mindfulness and be very careful of the thoughts and ideas that you will allow to enter your space. We all have been given an awesome faculty – our brain, to think and to examine everything and anything around us. Use that to gauge whether the idea is aligned with what you want to happen in your life.

Don’t Be Afraid of Opposing Ideas

Although I like surrounding myself with like-minded people, I don’t shy away from interacting with people who have opposing ideas. Contradicting ideas gives you a better opportunity to examine which ones suit you best.

Be Mindful of Your Exposure to Any Forms of Media

Ideas and influences do not only come from the people that we have direct interactions with. It can also come from the TV shows and movies that we watch, from the online videos that we choose to see, from blogs including this one, from basically anything. You have the power to choose. You have the choice to harness its amazing benefits or its destructive power. So choose wisely.

Here’s a little tip, when I started my journey as an online seller or as an entrepreneur, I started diluting my social media feeds with motivational and inspirational accounts.

Before I did that, all I saw on my posts were complaints of people about the traffic, the food that they eat, the weather, and sometimes, even rumors about someone Most of the time, I also see posts about personal dramas, celebrity dramas, etc.

Whenever I check my phone and see those feeds, I realized that I often get carried away with the emotions of their posts. However, once I started diluting my feeds with posts from people who are working hard to be on top of their situations, I find myself feeling lighter and more motivated, and inspired.

Think of thoughts and ideas of any form (including social media posts) as food to your brain. Choose wisely what you want to feed your brain with. After all, as the cliche goes, “We are what we eat.”

“Surround yourself with positive people who believe in your dreams, encourage your ideas, support your ambitions, and bring out the best in you.” - Roy Bennett Click To Tweet

This is not a magical power that will instantly change your life. Each of us is equipped and empowered to steer our lives in any direction that we choose to. But, it does have an immense effect on us so be mindful of what you chose to influence you. 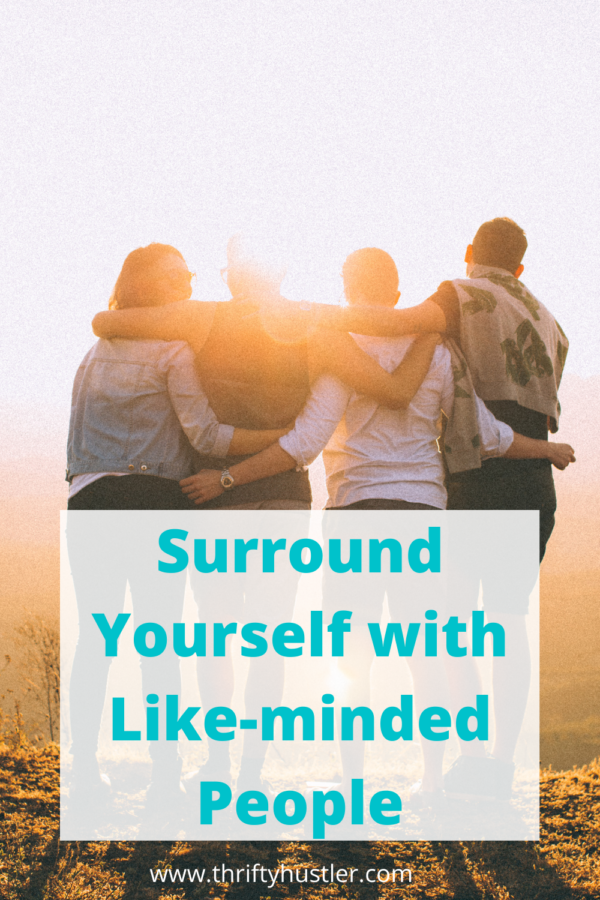